McKesson saw $123 billion in revenues last year, yet it hired a union-busting law firm and threatened and intimidated its workers in Lakeland, Fla., who voted for Teamster representation. After more than a year, McKesson has still not agreed to a first contract that provides fair wages and affordable health care for its Florida workers. McKesson workers in Lakeland are represented by Teamsters Local Union 79.

Meanwhile, McKesson’s board of directors has lavished Chairman and CEO John Hammergren with a total compensation of roughly $50 million per year, including a pension with an estimated value of $159 million.

“While Mr. Hammergren enjoys the fruits of our hard work, our families are struggling to make ends meet,” said Gary Glenn, a 10-year McKesson employee from Florida. “Because nearly a third of our month’s wages are deducted to pay our families’ healthcare, most of us can’t afford health care at all.”

“It’s a disgrace that a multi-billion dollar health care corporation that profits off of the billions of dollars in prescription drug purchases made by Teamsters and their families each year can find tens of millions for the boss, but won’t provide a decent standard of living for their front line employees,” said Ken Wood, Teamsters International Vice President and President of Teamsters Local Union 79.

Steve Vairma, Teamsters Warehouse Division Director said, “McKesson Teamster members from 13 local unions across North America have put the company on notice that an injury to one Teamster is an injury to all. If McKesson wants to wage war on its Florida workers, it’s going to find itself fighting all of us.”

Inside the shareholder meeting, Vice President Wood demanded that the McKesson board take swift action to stem the escalating labor dispute in Florida and to get labor relations back on track.

McKesson also faced an investor backlash at the meeting, over the company’s excessive executive pay practices and poor corporate governance.

The Change to Win Investment Group had called for a vote against Chairman Hammergren, and against the board’s compensation committee chair and governance committee chair. The Change to Win Investment Group cited concerns over the company’s executive pay practices and financial and reputational risks arising from widespread price fixing allegations, which have already led to nearly a billion dollars in legal settlements with the federal government, dozens of states and private payors.

Two leading proxy advisors had also called for votes against several directors. While the company refused to provide vote results for the directors’ seats, a majority of shareholders did reject McKesson’s advisory proposal on Hammergren’s compensation.

In another blow to the board of directors, a majority of shareholders approved a ‘clawback proposal’ for the first time ever, despite McKesson’s recommendations against it. The Amalgamated Bank Longview Funds and the UAW Retiree Medical Benefits Trust proposed the reform to boost transparency within the company. This proposal signaled to company executives that costly settlements will have consequences and corporate funds will be clawed back.

“McKesson agreed last year to pay more than $23 million to the State of California to settle claims it deliberately inflated the price of prescription drugs by as much as 25 percent, causing our state’s Medicaid program to overpay millions of dollars in pharmacy reimbursements,” said Rome Aloise, International Vice President of the Teamsters Union and President of Teamsters Joint Council 7, which represents 100,000 Teamsters in Northern California. “California’s Attorney General Kamala Harris was spot on when she said that we cannot allow dollars meant for patients to be diverted to inflate [McKesson’s] profits.”

California State Senator Leland Yee (D-8th district) also spoke at the protest this morning and said, "All workers have a fundamental right to organize. We will not accept this willful disrespect of working people.“

Founded in 1903, the International Brotherhood of Teamsters represents 1.4 million hardworking men and women throughout the United States, Canada and Puerto Rico. Visit www.teamster.org for more information. Follow us on Twitter @Teamsters and “like” us on Facebook at www.facebook.com/teamsters. 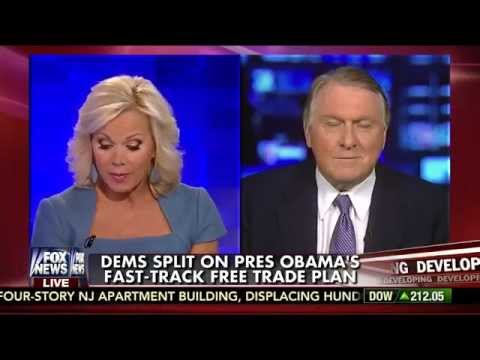 The Teamster Privilege Credit Card offers features like a low intro APR, competitive rates, U.S.-Based customer service and $0 Fraud Liability if your card is lost or stolen. Plus, after just 3 months as a Teamster Privilege cardholder, you may also be eligible for hardship grants in times of need.

Please visit our Press Center for the latest news, information and other resources.

Go To The MagazineRead the
Teamster Magazine